The other side of the store is almost jarringly deviant from the rest. Instead of a continuation of comics and collectibles, rows of tables line the store’s scarlet walls from the front desk to the back TV wall. Here, gamers of Long Island gather regularly to partake in games like Magic: The Gathering, Risk, hearthstone, and Super Smash Bros.

A typical event night at A Store of Fire and Dice. 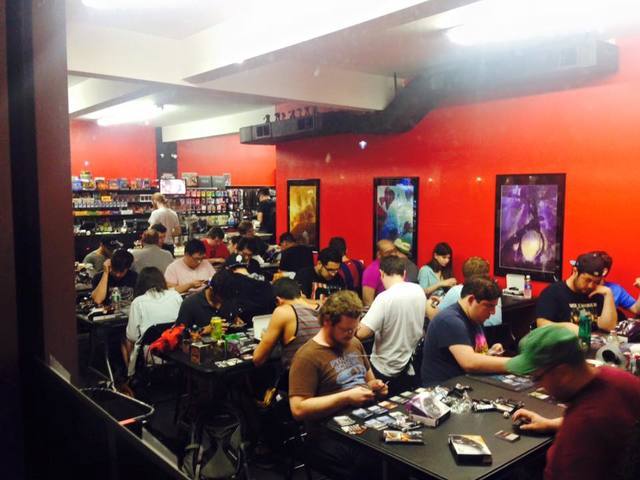 Sporting a beard most reminiscent of the epic fantasy series the store is named for, and a black t-shirt emblazoned with the business emblem, CEO Jesse James De Marco looks the part of a comics and games store owner. His demeanor proved congruous with this identity. Whether you’re an old-time friend or a fresh face, De Marco welcomes you with a genuineness and subtle gregariousness which has sadly become increasingly rare in today’s small-business owners.

Before opening A Store of Fire and Dice (ASoFaD), De Marco spent many of his formidable years hanging around local comic book store Mark’s Comics and Collectibles.

I went there as a kid, and I would bother [Mark] enough to give me a position organizing comics. I started vending for him, Magic: The Gathering blew up, then from there I built up enough equity to go out on my own once he was ready to retire. [A Store of Fire and Dice] is similar, but different. We offer a gaming location that’s different than any other. Originally, most gaming locations were comic stores that all evolved into gaming stores. We’re a gaming store built from the ground up.

Upon first hearing about A Store of Fire and Dice from a friend, my first thoughts were aligned with excitement, yet some trepidation, for this new approach to arcades. De Marco was quick to correct my misguided association.

Of course, whenever two gamers reminisce about the age of the arcade, its downfall is bound to eventually come up. At this point, I voiced my curiosity for the gaming hub’s viability, in spite of online multiplayer connectivity, internet streaming services, and the continually lucrative home console.

A console experience, no matter how connected you are via your live, your PSN, your headset, your webcam, or your Twitch—as connected as you feel via technology, you're absolutely not connected. You're disconnected. It's very against human principle, because we are social creatures. [ASoFaD] is a social hub. Yes, you can be competitive, and there's people to test your metal against, prizes to be won, and glories to be had. But ultimately, [ASoFaD] offers a place to develop a family. We're a family here. Everyone knows each other. You can get that from your clan online, you can sort of get that. But it’s different.

It's kind of like how a bar works: It's a social environment, it's a getaway environment, you can relax and be yourself and not be judged, because everyone there is an alcoholic [laughs]. In that respect, it's similar. People feel at home. We sponsor an environment that's all-inclusive. 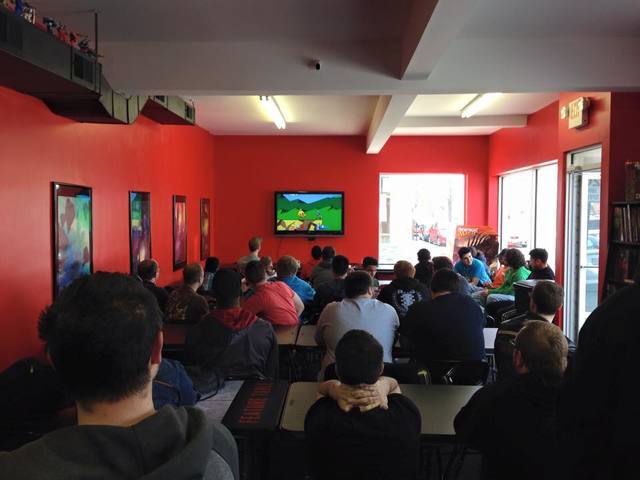 Of the adopted brothers and sisters coming to A Store of Fire and Dice, most come to play either Super Smash Bros. every Sunday, or Magic: The Gathering, which sometimes has featured events every day of the week. On the sidelines, however, many come in for games of hearthstone, Dungeons and Dragons, and even severely modified versions of classic board games like Risk. Being a novice in the board games ecosystem, I asked De Marco what his thoughts were on the medium’s recent renaissance.

Board games are more social. If Risk wasn’t better as a social tabletop game, it would´ve gone digital and killed the board game, just like most other media. It’s also a money vs. time investment thing. Let´s say you're gonna spend $70 on your Skyrim, maybe you spend 100 hours playing it. But normally, if you’re a casual player, you get a game for $60, you put 20 hours in, beat the game, then return it to your GameStop for zero-value store credit and reinvest it in something else.

But if you look at games like Axis and Allies, Settlers of Catan, Agricala, and games that have been around for over 20 years—I've spent thousands of hours playing these games. The core mechanics are the same every time you play, but the people you play with inherently changes your strategies. If you put a Call of Duty game down, you can't pick it up again in a year, because it's become irrelevant and no one's on the servers. You can always pick up a game like Settlers, and everyone's there to play.

De Marco overseeing the goings-on in his social gaming hub. 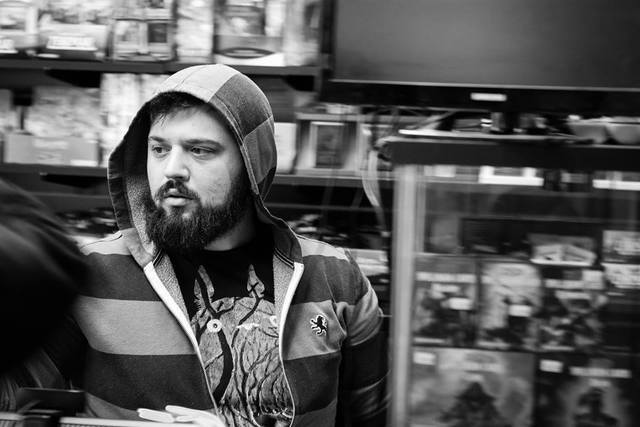 ASoFaD is not completely immune to the times, however. Despite his humanitarian aspirations for a “here and now” social gaming hub, De Marco has embraced technological platforms like Twitch for publicity and advertising, branding the live-stream service a “necessary evil.”

It's like people that don't want to use Facebook in the 21st century. If you do not keep up with the times, you fall behind. We've streamed things like our Dungeons & Dragons experiences before, and the feedback has been overwhelmingly positive.

De Marco still has his concerns for these isolationist services, as well as society’s devotion to technology in general.

I see a lot of unnecessary fandom [with Twitch]. It's like sports; I don't morally agree with paying someone $20 million a year to hit a ball with a bat if we haven't funded things like space colonization, or public rights for the cure for cancer - there's a million other things we could be spending equity on that's more socially productive.

De Marco makes his contribution to social productivity quite plain, though he needn’t have bothered.

Right around this point in the interview, a young boy named Carl ran into the store, making a beeline for the CEO. De Marco attempts to ward Carl off before tainting my recording, but the boy immediately blurts out questions on the most recent Nintendo Direct. De Marco then—not harshly, though curtly—tells Carl to shut his mouth and wait for the interview to be over. Unfazed, Carl obeys with a “Yes, sir!” then happily wanders off to meander about the latest comics and Amiibo.

Looking back to my notes, I smile to myself, then ask my final question. “What are your hopes for this store? What do you hope to accomplish?” 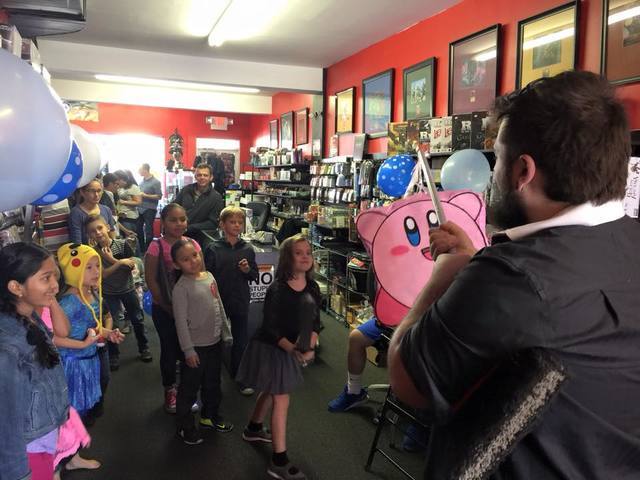 I've done very well for myself in life, having come from nothing. I never had a father, never had a mother. I pretty much educated myself on the Discovery channel, the History channel, and gaming for all of my social interactions and intelligence. Gaming was a big part of my early education; it taught me critical thinking, how to study evidence empirically, understanding the value of moves - it's all very deep.

In that respect, I've taken it upon myself to educate the youth in ways that the schools and their parents haven't found. Every kid that comes into this store all have a respect for me, because they know that I have their best interest at heart, and that I'm always looking out for them, their education, their social lives - everything. Anyone who walks into this store is family. Other than that...well, paying the bills is nice.

As I pack up my notes and prepare to leave, I watch De Marco walk over to Carl and the horde of kids now waiting to talk to him about Cloud’s induction into the Super Smash Bros. roster. While De Marco begrudgingly reminds them of the Final Fantasy VII character’s complete absence from all Nintendo games, I realize that he’s already accomplished what he’s set out to do.