Blizzard's online card game, hearthstone, has come out with a brand new solo adventure for players to test his/her strength against a variety of bosses.

The newest journey, Blackrock Mountain, features 5 different wings with 3-4 bosses each. Each boss can be beaten on normal or heroic mode, with card rewards, class challenges, and more.

Here we explore the fourth wing of the series, Blackwing Lair, as we explore the next 4 bosses and the best classes, cards, and strategies to beat them. 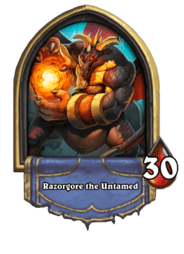 Razorgore the Untamed is the first boss in the Blackwing Lair, and uses his hero power and combined cards to flood the board with small eggs that become large once hatched.

Hero Power -  The Rookery - Give all Corrupted Eggs +1 Health, then summon one. (1 mana)

Hero Power (Heroic) -  The Rookery - Give all Corrupted Eggs +1 Health, then summon one. (0 mana) 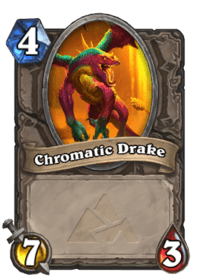 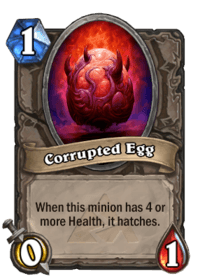 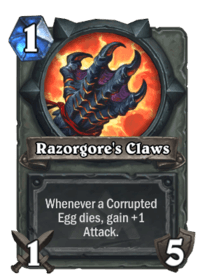 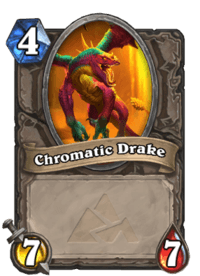 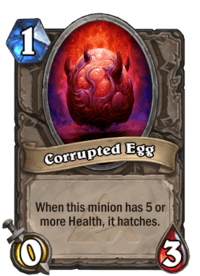 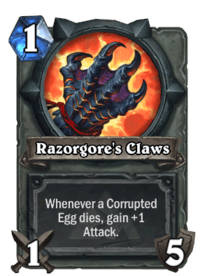 The easiest way to overwhelm Razorgore the Untamed is to try to not let his Corrupted Eggs reach 4 health (5 for Heroic). In order to keep their health down, a character with lots of AOE burst is recommended for this matchup.

If the eggs die, they subsequently cannot hatch. Since the eggs only have 1 health, they're easy to get rid of. However, killing too many will result in Razorgore's weapon (which has 5 durability) getting more powerful. In order to twist this fight in your favor, killing off the eggs is recommended, but at a steady pace instead of all at once.

Druid - Druids have their hero power and Swipe to easily take out the eggs whenever necessary. They also have the power of big creatures and big removal spells, like Ancient of War, Starfall, etc., just in case a dragon does hatch.

Build a deck that has equal parts AOE spells and a nice curve of creatures. This way you can handle any part of this fight with ease.

Mage - Mage has a lot of versatile utility, which would make this fight a great matchup for this class. Spells like Frostbolt, Arcane Explosion, etc., are great for keeping the eggs under control, and Fireball and  Polymorph can take care of the bigger dragons. A nice curve of minions will be the cherry on top of this deck.

Paladin - A great Paladin card for keeping all of the eggs under control, especially in Heroic mode, is Equality. This spell along with Humility, Aldor Peacekeeper, etc., will help make sure your opponent's minions never hatch.

To be honest, there aren't many classes that wouldn't be a good matchup here. The only classes I wouldn't recommend would be Warlock and maybe Priest because of their lack of dependable AOE/removal. 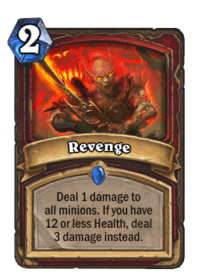 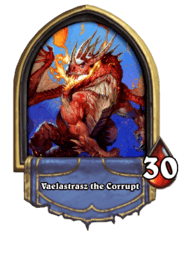 Vaelastrasz the Corrupt is a powerful dragon boss who uses his hero power to draw as many cards as he can and spells to burn you down. 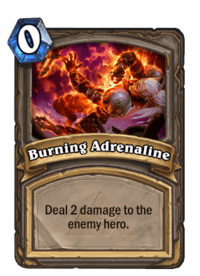 Decks should include low-cost minions, a silence or burn spell or two to remove taunts in your way, and an AOE spell or two to ensure you don't get overran before you can trample over him first.

Warlock - You can finally tap without actually having to tap! Life Tap, the Warlock's hero power enables the player to draw a card for the cost of 2 health. Now that Vaelastrasz the Corrupt lets you draw 2 cards a turn, you can overrun the board with the greatest zoo lock experience you could ever imagine.

Another idea is to dust off that old hand lock deck you've been sitting on and make him regret ever giving you the opportunity to draw. With 2 extra cards a turn, plus Life Tap if you need it, the Mountain Giant, Clockwork Giant, Twilight Drake, and other hand lock cards will flourish here.

Hunter - Everyone knows that familiar gnawing feeling of having to play against a face Hunter deck (a.k.a., an incredibly aggressive Hunter deck). Just like zoo Lock, this deck will shine here, with Unleash the Hounds, Leper Gnome, Worgen Infiltrator, and the tons of other 1-3 drop minions you can use.

Alongside popular charge minions like Arcane Golem and Wolfrider, there's basically no way to lose! Don't forget Kill Command, Quick Shot, and Explosive Trap to have reliable ways to finish him off! 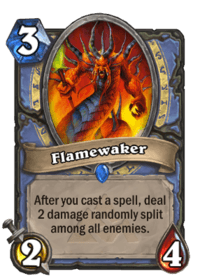 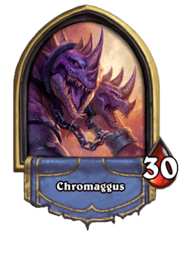 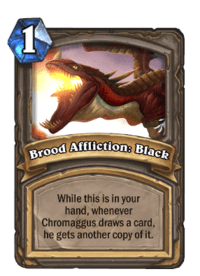 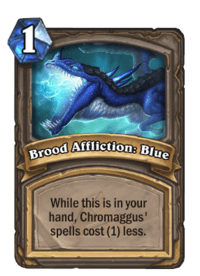 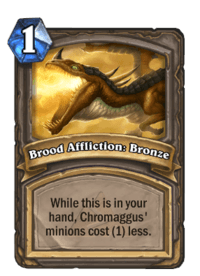 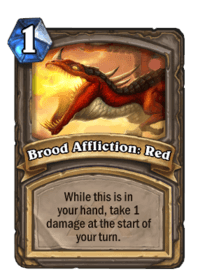 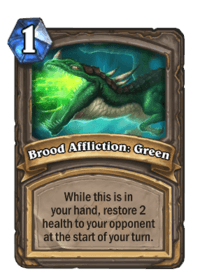 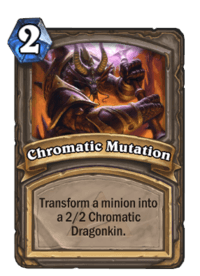 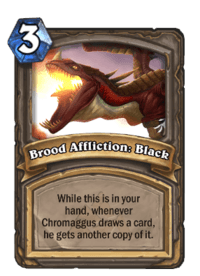 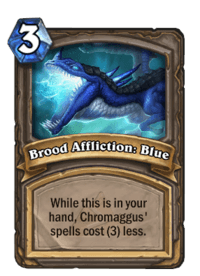 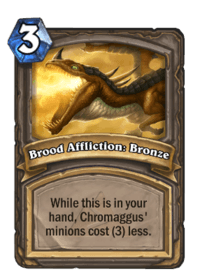 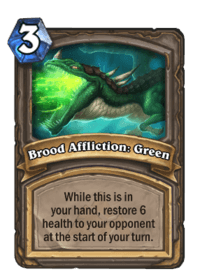 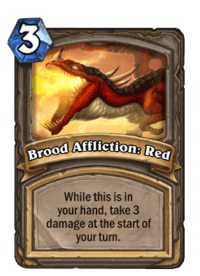 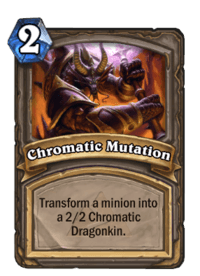 This fight, Chromaggus will constantly be putting any one of the cards above into your hand once a turn. Basically, if you don't use your mana to play them within the first 2-3 turns of receiving them, he'll have a different array of advantages the longer they stay in your hand.

Because of need to get rid of cards, aggressive decks will work here, as well as heavy control decks like Druid or Priest. Chromaggus has fat creatures like Drakonid Crusher which is a 6-cost for a 6/6 that gains 3/3 if you have 15 or less health and Twilight Drake. With this in mind, heavy removal is needed. It's also necessary to remember that when the Chromatic Dragonkin is out, you'll buff him when you play spells.

Priest - Priest control is a great approach, especially because the Wild Pyromancer that is generally played will help to remove the Faerie Dragons Chromaggus plays in the beginning.

The rest of the match can be won with controlling the board and making sure to dispose of the Dragonkin before ramping up any of your minions with spells. If you've made it this far in Blackrock Mountain, it's safe to assume you own Emporer Thaurissan which will assist in playing all the Brood Affliction cards in your hand (since they'll all turn to 0 mana).

Hunter - I've mentioned Face Hunter already, and I'll be mentioning it again, but this aggro Hunter deck will also work wonders for this fight. Since most of his power comes from his bigger minions and burn spells, beating him before he can use them is a valid approach.

As I said before, low cost minions with buffs or charge to flood the board is the way face Hunter shines, as well as Unleash the Hounds, Animal Companion, and Explosive Trap. Don't forget your burn spells like Kill Command and Quick Shot (From the Hunter challenge in the first wing), and you'll be well on your way to the last boss. 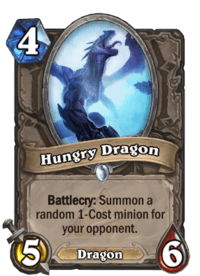 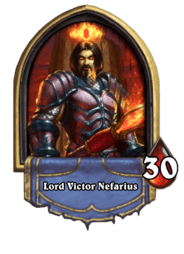 Lord Victor Nefarius is the final boss for this wing, and will immediately transform at the start of the fight into Nefarian, a dragon with 30 health and 30 armor. He will also draw 10 cards and give himself 10 mana to start, so all hope begins to look bleak.

Hero Power - Wild Magic - Put a random spell from your opponent's class into your hand. (1 Mana)

The key to this fight is mindless aggression, as Ragnaros will be giving you incredibly powerful minions the entire time. Some of these cards include a 0-cost 6/6 taunt, a 0-cost 6/3 Deal 6 Damage, a 0-cost 4/5 Windfury, and a 0-cost Deal 8 Damage to All Minions spell.

This advantage make the fight less difficult and more time consuming. The fast, aggressive decks will do well here, since you're getting free taunts, just make sure (with any aggressive deck) you're making smart trades when necessary so you don't get overrun first.

Hunter - Just as I mentioned in the Vaelastrasz the Corrupt fight, the face Hunter deck is perfect for this boss as well. Constantly attacking his face with low-cost minions like Leper Gnome, Abusive Sergeant, etc.

Charge minions like Arcane Golem and Wolfrider are a necessity, as well as removal and burn spells like Kill Command. You don't need as many since Ragnaros will be helping, but the standard few should be played.

Paladin - There's a reason that I chose Paladin here instead of Warlock, and that's because of the fast, powerful nature of the boss. Most of the fast Warlock cards deal damage to you or put you at a disadvantage in some way, and there isn't much room for that in this fight.

That being said, the Paladin's aggressive decks will be great here, using generally the same minions as the aforementioned Hunter deck, with burn spells like Avenging Wrath, Hammer of Wrath, and Consecration. Divine Favor is amazing to try and mulligan for in the beginning since he draws so many cards in the beginning. Add Equality and a few divine shields and there's no way to lose! 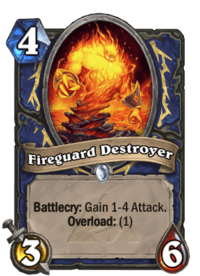 Completing the entire wing will grant you the legendary card, Chromaggus: 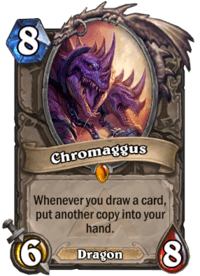 Head back to our Blackrock Mountain Landing Page for other guides.