Prior to Whisper of the Old Gods, Shaman decks under-performed in ranked and tournament play because of their unreliable hero power and weak overload cards. Well it seems Blizzard finally started to look at the Shaman again because the new cards look incredible. Some are designed to buff Totem Shaman, which saw popularity after Grand Tournament (GT), while others are filling in gaps for older decks such as mage Shaman and overload Shaman.

Below is a guide on each new Shaman card, and which decks to use them in.

Now I know I said the new Shaman cards look incredible, but that excludes a few, such as Primal Fusion. I get the concept, but you will rarely have enough Totems on the board to make this card a threat. The most you can expect is giving a minion +2/+2, which is nothing great. Plus, there is a new 1-drop from Whispers that performs much better. 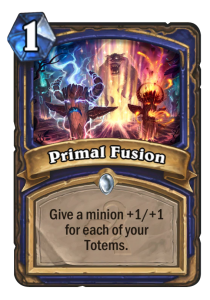 One of the new themes Blizzard introduced to Shaman players is evolution.  evolving weaker cards to maintain board control. Evolve will most likely fit into Totem and Murloc decks because they can easily flood the board with cheap minions. Just being able to buff two or three minions is great value for one mana. I'm sure this card will be useful is most Shaman decks. 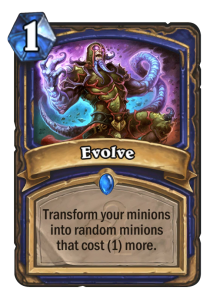 I'm glad Blizzard is finally doing more with Overload cards. Previously, Lava Shock was the only way to unlock mana crystals, but it was a weak spell for its cost. Shaman players now have a chance to field more minions without breaking their mana curve for the following turns. Also, cards like Lighting Storm, Spirit Wolves, and Elemental Destruction can be incorporated into more decks types since their Overload cost can be refunded without sacrificing board control. 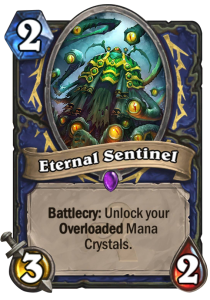 Not much to say on this spell. It is a stronger version of Lighting Shock, but I'm not sure if the cost is worth one more damage. I could see this spell being used in control Shaman decks. 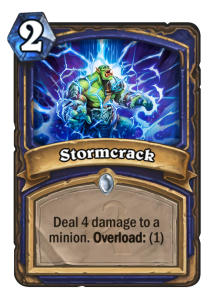 This card gives provides great stats for its cost. Even though you pay two overload mana, it is tough to remove a 7/7 on turn 4. This card will be even more valuable now that Big Game Hunter was nerfed. Use these cards in control or midrange Shaman since they bait removal spells and provide board control. 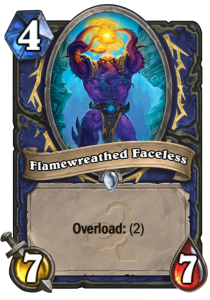 The second Shaman card from Whispers allows you to evolve minions. One reason why this card is so good is that it fills a 5-mana slot, which was always lacking in Shaman-specific cards. Master of Evolution is an excellent addition to any midrange deck because turn 5 and 6 are when you want to build up your board to end the game. 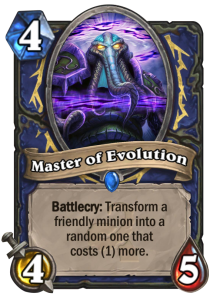 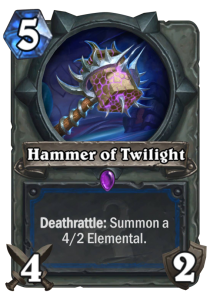 The Shaman's new legendary, Hallazeal is no doubt an attempt to bring back mage Shaman. Combined with spells like Crackle, Lava Burst, and Lighting Shock, you can whittle down your opponent while healing through their trades. Plus, you can combine this card with Elemental Destruction for an absurd amount of healing. 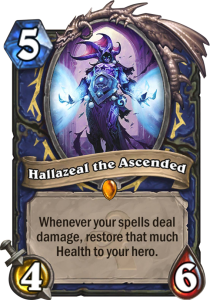 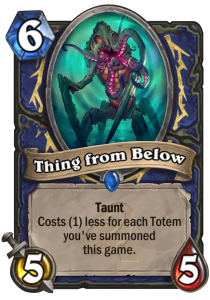 While the new cards from Whispers probably won't make Shaman top tier, they show that Blizzard is taking a good approach at balancing the Shaman. As an exclusive Shaman player, I'm excited to see how the new cards fit in existing Shaman decks. I hope this guide helped explaining the strengths and weakness of the new cards, and let us know how you have been using them so far.