Hello, I am bringing you second chapter of this weekly series. This time I will be focusing on hearthstone World Championship @BlizzCon, because it’s the biggest and most prestigious event of the year in the world of Hearthstone! The total prize pool was 250,000$. Winner took home sweet 100,000$.

Let’s recap the “Road to BlizzCon” for players, who might not know how it worked. In hearthstone we have 5 main regions: Europe, America, China, Korea, Taiwan. The road to BlizzCon started with Regional Qualifiers for each of these regions. To qualify for these qualifiers (Inception u wot m8) you had to either finish in top 16 on ladder in a given month or win a major tournament.

That means we had top 16 players from all-over the world after the Regional Qualifiers were finished. These 16 players were divided into 4 groups with 4 members each. Let’s have a look on the groups:

Once the group were settled, players started to play their games. Only half of each group could continue in the World Championship, that means 8 players over-all. After amazing and intensive games we knew the 8 chosen names.

They were paired against each other resulting in a 3 rounds grid (Quarter-, Semi- and Finals)

4 players proceeded to the semifinals: TiddlerCelestial, Kranich, Firebat and DTwo

And after these 2 series we knew our 2 finalists: TiddlerCelestial and Firebat!

So we got to grand finals, where China’s TiddlerCelestial and America’s Firebat clashed. Tiddler banned Firebat’s Warlock (Zoo) and Firebat banned Hunter.

Game 1 – Both ended up picking druid for their first game. Both got similar start (Wild Growth

). Firebat was leading on board whole game thanks to smart play against Sylvannas and ended up winning on his turn 10.

. Tiddler managed to clear both of them on turn 5, but by that time Firebat got quite an advantage and had silence available against Tiddler’s turn 6 Sylvannas. Firebat ended up winning on turn 10 with combo and Cairne Bloodhoof

on board going into 2-0 lead in hearthstone World Championship Grand Finals.

got silenced as well. Even after that Tiddler still had] Mountain Giant

. The board was reset by Tiddler’s  Shadowflame

, which enabled him to start building up his board. Firebat had a very good string of draws ended up winning with double  Swipe 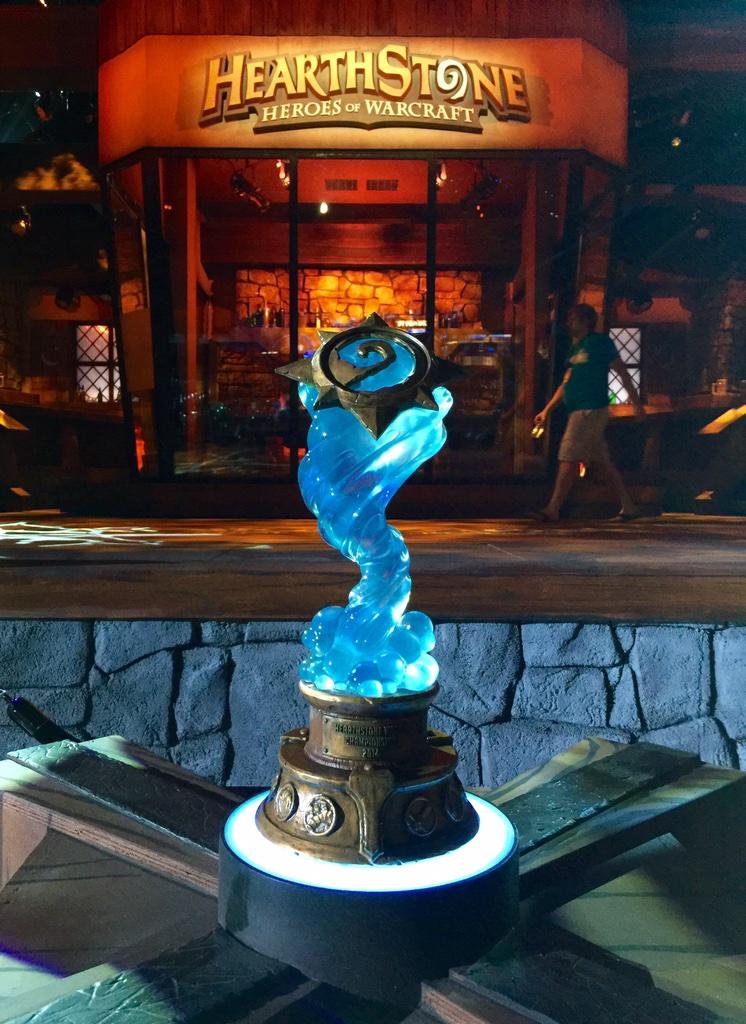 Deck of the Week

After watching hearthstone World Championship very closely I found, that the strongest deck (also according to ban/pick rate) now is Deathrattle Hunter. Also known as Cancer/eBola. This deck is able to pressure heavily your opponent from turn 1 till the end. It has explosive starts with Undertaker

and snowballs very hard. Once out of early-game steam you threaten your opponent with Savannah Highmane

. There are many variations of the deck depending on the player and his style, but the core remains the same.

Stay tuned until next week! Also feel free to leave some feedback in comments I will be more than willing to answer! I have only one question: Goblins or Gnomes?

I also provide coaching for less experienced players, so if you are interested my skype is l.i.t.i.q