For quite some time the game had ups and downs, we had nerfs all over the place trying to make some classes playable, trying to make X or Y good or bad, and now we hit a point where the meta is Healthier than ever!

Watching Blizzcon NA I came to notice how skill was more valuable than luck, I saw that player really mattered and despite what people may say the level was good. Camzee made a really nice recap of the tournament, which can be found here.

Now, back to what I was saying, we have different strategies and counter pick still exist, but the coolest point was that the decks used to play the tournament were basically better ladder decks, not just tournament versions of different decks, but updated versions of decks that we can use on the ladder! Back in the day, not a lot of time ago, we used to see completely different decks played in the ladder and in the tournaments, but… what does that mean?

It means that the consistency is finally beating up potential, that the most consistent decks are also the ones that win the most! Not only that, we could see a great variety of decks being played at high level in the tournament that we can also use to climb our way into the legendary rank: Priests, Druids, Warlocks, Hunters, Shamans, Rogues, Warriors, and to a lesser extent mages and even Paladins, everything!

Now, some of you might have read the article I wrote saying Paladin was more like a counter-pick class, that somehow happens to mage as well, but even these classes can be worked on the way up to Legendary, as I said in the article. 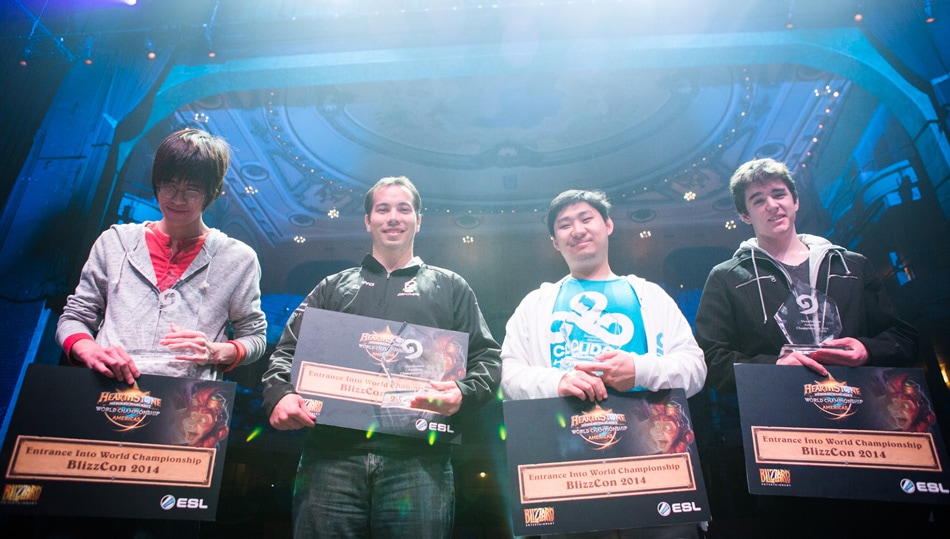 We have quite a lot of lists, but I have to say most of these were perfected (at least for now) to a point the number of fluid slots have been reduced by a lot, I’ll try to give you guys options for those slots as well as show you the lists and explain the card choices! Keep in mind I can not go through all the lists in the tournament here, so I’ll just go ahead and try to talk about the ones that were played the most.

Keep in mind that the lists I posted a picture are my versions, rather than a list used by someone in the event, but notice some of them are very similar. Take these lists posted in the picture as a suggestion for your ladder adventures!

turn. But not only that, druid is the class that can rely on powerful mid-game creatures to take out the game, since they can come down pretty quickly because of both Innervate

The deck has evolved a lot since Naxxramas came out, a lot of people wanted to say that the best 2-drop option was Haunted Creeper

s, which are already good minions by themselves! The fluid slots here are the Loatheb, the Sunfury Protectors and 1 copy of Force of Nature, which changed a lot from the other options: Azure Drake

and even Big Game Hunter

All of these options are viable, but I like the one I posted the most, I am still debating between Loatheb and Azure Drake on that Loatheb slot. I like the consistency of having 2 copies of Force of Nature.

and one copy of Tracking

became the thing as well.

The thing I noticed the most was the bounces on the slots of the following: Explosive Trap

. The options most used on these slots (besides the cards I posted themselves) were: A second copy of UTH, Snake Trap

and  sometimes we could even see The Black Knight

The Hunter decks were very different, so its hard to say exactly all the fluid slots and their replacements, but I liked this version of Hunter I posted and was the one I played recently on the ladder.

Now, I saw a handful of different Priest versions on the tournament, both Control Priests with Wild Pyromancer

s and Tempo Priests with Undertaker

It’s hard to say the fluid slots here, since there are 2 different versions and both saw a lot of play in the tournament, but the slot that changed the most was the second Cabal Shadow Priest

, that bounced between Ysera

and the Shadow Priest itself. Other nice option that could fit that slot is The Black Knight

If you want to go for the control version, you’ll want to replace the following cards: Undertaker

and Defender of Argus

. There, you have a slower priest that have more chances at big comebacks.

It was notable that Deathrattle Zoo got used by almost everyone in the event. The deck is consistent and runs everyone loved (or hated!) Undertaker

. The versions mostly debated between going for Void Terror

or not, and the most interesting thing on these versions were the addition of Loatheb

to the deck. The cards taken out from the lists I use to add cards like Defender of Argus

among others changed differently from player to player, use your imagination!

The Shaman decks were very different from player to player, but aside from the deck base the one most important thing to noticed is that every Shaman deck played in the tournament had at least one copy of Doomhammer

We saw quite a lot of lists, from Undertaker

like lists being played by DTwo to Control-ish lists played by Deerjason, one thing you have to notice is that since Naxxramas came out, Haunted Creeper

became a significant part of the shaman deck basis, due to its synergy with Flametongue Totem

In my list, I use one copy of Zombie Chow

in order to fight off the aggro swarm, the choice of having Harvest Golem

instead of Unbound Elemental

is still debatable, but I like the 2 copies of Lava Burst

for both reach and Belcher Clearing, which makes it so the Unbound makes more sense.

The lists are out for you to take a look at, they can all be found here!

So, I am loving the meta, some of you might come to me and say Undertaker is a little too strong, but the fact is that we need him like that, at least for now, in order to maintain balance between Quick and Slow decks, so we have a fun enviroment to play in! So if you ask me if I think Undertaker should be nerfed, my answer is:

I do think, however, that he will be nerfed somewhere around the road. He is strong right now, but whenever we start to see more Deathrattle cards being added to the game, he might just be over the top(if he isn’t already).

All the 4 players qualified on the NA Regionals deserved it, and I wish everyone on Blizzcon the best of the lucks! May the best player wins!