If you have always been intrigued by competitive hearthstone and want to compete in the events that your favorite streamers take part in, then you should definitely consider reading on. Tournaments do not necessarily have to be about grinding points and getting to the World Championships, if you feel you are better than your friends at hearthstone then you can participate in them just for bragging rights as well! I will also have a small section towards the latter half of the article about organizing your own hearthstone events near you as well so you can get the information you need.

Earning Points for the World Championships 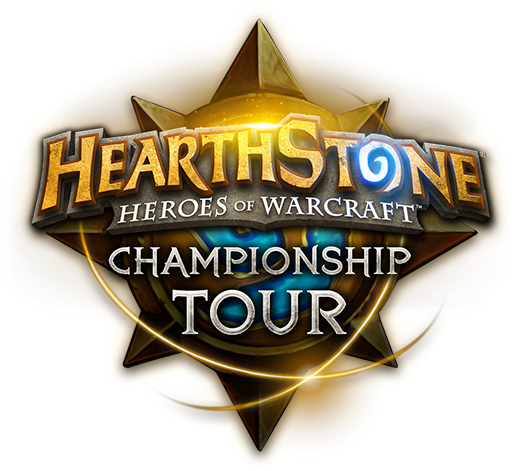 The path to World Championships is quite grueling and if you are up for the task and want to earn points then one of the simplest way to do it is by getting high ranks in Hearthstone. Ranked Play can contribute to a lot of hearthstone Championship Tour (HCT) points for you. All you have to do is be at the top of your game and you’re good to go. Finishing Rank 1 Legend is the best way to earn a ton of points and you will be awarded 12 Points if you achieve it. Depending on how you finish you will be awarded points. You should try to finish Top 200 at the  very least for 2 Competitive points while simply achieving the Rank of Legend will award you 1 Point each time you hit Legend in a competitive season. 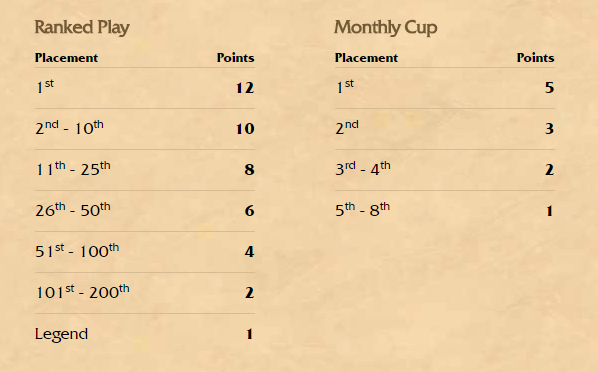 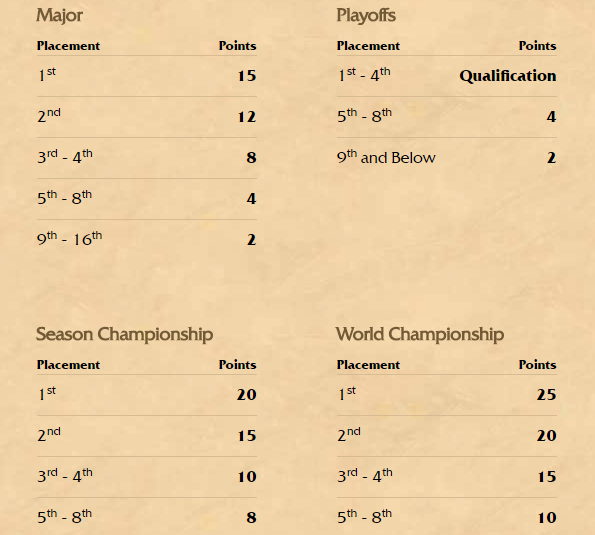 Aside from these ladder points, we also have Monthly Cups that you can participate in. You can check out the full schedule of Blizzard events and find out when Monthly Cups are being held to participate in them. They offer between 1-5 points depending on how you finish.

Here is the link to the schedule of all hearthstone eSports events. You should bookmark the link to check out the full schedule of events including links for participation.

When it comes to hearthstone tournaments, they can be divided into two broad categories. All of the Blizzard sanctioned tournaments need to be submitted and approved and are considered to be Cups. Any event that has a large prize pool is known as a Major. Cup events take place in several websites like Strivewire, Zotac etc and you can take part in them regardless of your rank or current points collected. You should be participating in them as often as possible to maximize your odds of getting through to larger tournaments. These tournaments can have varying amounts of people participating and can fetch you up to 5 HCT points. Most of the websites that host these tournaments have multiple Cups taking place each day at times and you can choose the most suitable times for playing.

One thing that might help when participating in these tournaments or playing ladder for points in general is that you can earn points on any server but for the subsequent stages of the Road to World Championships tour, you will be required to participate through the main server you are meant to be in based on your location. You can technically be a European and play all your tournaments on the NA server but when it comes to participating in Majors or subsequent stages you will be required to play the European Majors.

Do note that you can only earn points from one Cup per month, and if you happen to be participating in multiple Cups only the maximum points that you earned from a Cup will be counted. While you can simply get 5 Points by finishing first and then waiting for the next month’s cups, I definitely recommend you play as many of these Cups as possible simply for practice and also for having a shot at grabbing rewards from the prize pool. These Monthly Cups do not have super large prize pools, but if you manage to have consistent performance in them you can start earning a reasonable amount of money for tournaments.

Once you get through with Monthly Cups and have sufficient points for Majors, you will receive communication from Blizzard regarding participation for Majors. Assistance will be provided for transportation and accommodation by Blizzard for getting to the respective venues for all participants. The number of points required to participate in Majors varies and you should try to get the maximum possible points through ladder and Monthly Cups. Majors have high stakes and way bigger prize pools than what monthly cups have to offer to us. Subsequently the other steps to World Championships include Playoffs, Season Championships and finally, the World Championship that’s going to take place this year at World Championships with a prize pool of $1 million.

Aside from these events we also have Tavern Heroes that are select Fireside Gatherings that participants can play at for a chance to get into the hearthstone Championship Tour. You gain access to the Playoffs if you win these Tavern Heroes tournaments for your region.

Season Playoffs are held towards the end of the respective competitive seasons. The top 64 players in terms of HCT points and 8 Tavern Heroes winners are selected. The playoffs can be held at any Fireside Gathering location and players are required to reach the venue with government issued IDs as proof that they are the account owners to participate against competitors they are seeded against.

The hearthstone World Championship will take place in January 2018. In this final showdown, the top 4 winners from each of the Winter, Spring, and Summer Championships as well as the top overall hearthstone Competitive Point earners from each region will compete for a chance at hearthstone glory and a piece of the $1 million prize pool.

If you want to be getting straight into the action with your decks, here’s what you need to know:

Most people often choose to go in for the best decks that are available in the meta. It’s not a bad idea to go for consistency and choosing the most viable decks is definitely going to work out fine as long as you know how to play them well. One of the things you do need to keep in mind is that if all of your decks function the same way (e.g they are all aggro/control), you might hit a roadblock against decks that are hard counters to your decks. You should consider having the right balance of decks to ensure you have a winning chance against all of your opponent’s deck choices. You can choose to build a ‘lineup’ by going for one of the following three methods:

Safe Decks: These include the top decks that are dominant in the ladder and tournament meta. It’s more than likely that if Aggro Shaman is doing well on ladder along with other top-tier decks like Miracle Rogue and Pirate Warrior, you can see multiple players running them in tournaments as well. These are tried and tested decks that are viable in a given meta and you can take your pick among these.

Counter Decks: Having a full counter lineup means you will be opting in for 3 decks that target the top decks of the meta or a specific deck. If it’s a best of 5 Conquest format, it means that you need to win with all three decks. If you target one deck specifically, like Pirate Warrior with decks that have very good winrates versus the deck you will be able to take home the victory. It’s advisable to target multiple decks instead of choosing 3 counter decks for a specific deck because bumping into a lineup that doesn’t have your targeted decks can be devastating for you. So you can have an anti-Control or anti-Aggro lineup and get the job done.

Mix of safe and counter decks: Before you determine what a safe deck or a counter deck is, do note that a specific deck can play the role of both. You need to visualize what your whole lineup should perform like across the board and tune your decks to tweak matchups. Simple things like running a Leeroy Jenkins combo in Renolock instead of an anti-aggro approach can swing your winrates against specific decks to a big extent.

You should also take screenshots during game-changing turns and then analyze them by picking these screenshots up to see how your play affected the subsequent turns or the game as a whole and identify what you could have done differently. One of the biggest drawbacks we can have as players is maintaining the “he just got lucky” attitude and not analyzing our own mistakes. Taking some time and looking back at games is a great way to better ourselves and it’s something you should start doing.

You should not have a better idea of how to approach competitive hearthstone for the World Championships and it’s all about practice and quick thinking. Even though hearthstone is a very RNG heavy game, there is more than what meets the eye. The simplest of decisions early in the game can turn the game on its head several turns down the line and it’s necessary to identity your gameplan in each game when it comes to going hardcore in this seemingly casual card game. This guide should help you even if you want to play tournaments casually for fun, for a different kind of experience. If you have any queries, post them in the comments below and I’ll attend to them as soon as possible. Until then, have fun!