Alleria Windrunner, the Hunter’s alternate Hero choice, is probably the least lore intensive of Hearthstone’s characters, at least for now.

Alleria’s participation in the Warcraft mythos is limited to being a ranger unit with improved stats in the real-time strategy Warcraft II and its expansion, as well as to her participation in a couple of Warcraft’s novelizations.

She is, however, presumed to be returning in some capacity in the next World of Warcraft expansion, Legion – and don’t be surprised if she shows up in some form or another in the upcoming Warcraft movie.

Unlike Rexxar, Alleria doesn’t have a special affinity with beasts, and records of her interaction with animal companions are limited. She is much more attuned to the Marksman aspect of the Hunter class, and capable of incredible feats of archery.

Alleria is the eldest of the Windrunner sisters, the remaining being the dark lady of the Forsaken, Sylvanas Windrunner

All three sisters were brought up in the High Elven kingdom of Quel’Thalas, but the Second and Third Wars, and the ripples those events had on Azeroth, eventually made all of them leave to seek their fate elsewhere.

Alleria was the first one to do so, recognizing the threat of the Horde long before the ruling body of Quel’Thalas ever did, and joining with the humans in their struggle, against the wishes of her high-elven peers.

Her foresight proved correct, but ineffective, as the Horde still managed to march upon Quel’Thalas and kill several of her kin.

From that day on, Alleria swore to hunt down the remainders of the Horde as if they were animals, a sentiment that was echoed by her sister Vereesa many years later, when Rhonin

was slain by the Horde’s mana-bomb.

Alleria’s hatred for the Horde was so great that it surprised friends and foes alike, and was the ultimate factor in her decision to follow Khadgar and her lover, the paladin Turalyon, through the Dark Portal and into the world of Draenor, in pursuit of the retreating Horde.

Her adventures alongside her friends are mostly related in Warcraft 2’s expansion, “Beyond the Dark Portal”, and its novelizations. The group of Azerothians faced both Deathwing

and Ner’zhul, the orc shaman that would later become part of the Lich King.

Ultimately, Ner’zhul’s machinations alongside the Burning Legion brought about the shattering of Draenor into the broken pieces that form Outlands, and after she and her friends barely survived the collapse of so much of that world, she and her lover Turalyon disappeared, never to be seen again. 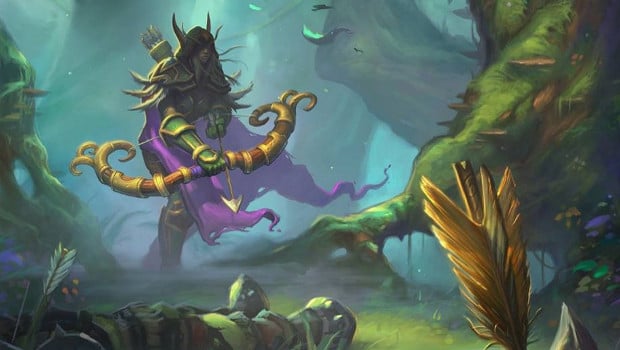 There are some references to the couple in World of Warcraft, especially through the meeting with her and Turalyon’s son, Arathor the Redeemer, a half-elf paladin that the players find shortly upon entering Outlands in the “The Burning Crusade” expansion.

But their fate remains unknown to all, even to their son, and will probably remain so until later next year.

Back in classic World of Warcraft, one of the most popular dungeons was Scarlet Monastery, a sprawling, four-part dungeon where players fought the bigoted Scarlet Crusade.

Houndmaster Loksey was a minor boss, unremarkable in all aspects except one: he cried “release the hounds” when the players attacked or came near him (quoting The Simpson’s favourite frenemy Mr. Burns as he “invited” people to leave his home), as a way to summon his dogs to assist him in the fight.

This became enough of a meme among World of Warcraft players that, many years later, when Blizzard reworked the monastery, updating it for new players and higher levels, they introduced Houndmaster Braun, who kept the quote but ended up having his dogs turned on him by the players. 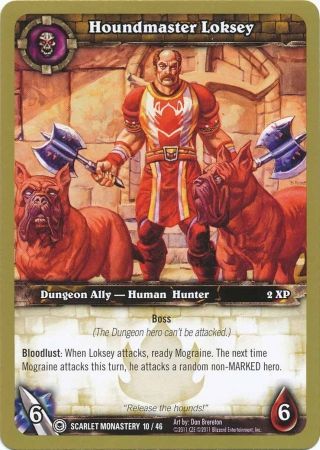 is a clear reference to those two encounters, and ironically, after being considered overpowered in Hearthstone’s beta, was reworked into its current form, much more faithful to the summoning of dogs that its inspiration became famous for.

Sadly, the artwork in Houndmaster

pictures a Worgen hunter, instead of one of the ill-fated Scarlet houndmasters. A missed opportunity in Blizzard’s part.

A couple of notable hunter mechanics served as inspiration to barely used cards, the most important of which are probably Feign Death

The first is still a core defining ability of the World of Warcraft Hunter, the ability to evade enemies by “playing dead”. While never a sure-fire way to escape death, because many enemies can still deal area-of-effect damage that can finish off a wounded hunter, it makes most opponents stop attacking and turn away.

Its implementation in hearthstone feels cumbersome and uninspired, as it would be much more interesting as a defensive secret in the vein of the mage’s Ice Block

, making the hero invulnerable for a turn.

, they are invaluable in the MMO as the people who take care of managing your collection of animal companions, a collection that can number in the hundreds but from which you can only have immediate access to five at any given time.

They are also valued for their ability to heal the “minor” pets that all classes can have access to and that are used to battle in World of Warcraft’s Pokemon-inspired mini game. 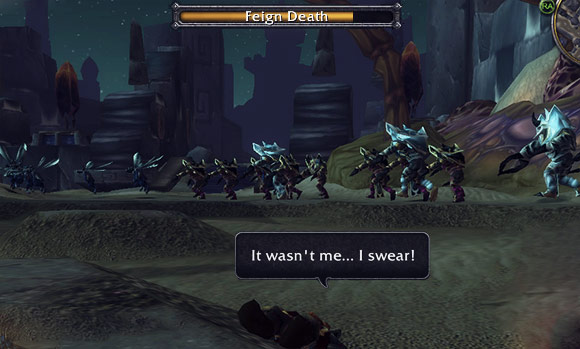 A Couple of Legendary Beasts

isn’t a legendary card, but it’s worth remarking on it because these huge and deadly creatures were introduced in World of Warcraft’s first raid instance, Molten Core, a deadly gauntlet meant for only the most experienced and better geared maximum level players, at a time when much of the game was still in flux and many of its mechanics still being discovered.

As such, a lot of misinformation circled around, and one such matter was the idea that hunters could “tame” these huge creatures and add them as their companions. This led to many a hunter’s painful and fiery death.

This sad tale had a happy ending: upon World of Warcraft’s first expansion release, hunters were finally able to tame these hounds as pets. And on the game’s tenth anniversary, players could even brave a scaled-up version of the Molten Core once more, to earn one as an in-game mount. The truly legendary beast, however, has to be King Krush

. A giant T-Rex that roams the area of Sholazar Basin in the south of Kalimdor, it was not only lethal but extremely hard to find, and taming him was required for an achievement.

Hunters were known to wander Sholazar for hours to have a shot at him. Sadly, but expectedly, once tamed he was resized to be the size of a normal pet. At least his model remained unique.

Today, it’s much easier to find and tame him.

The Hunter Hero That Was Not

It’s probably the first time that I’m specifically writing about a neutral card in a class article, but Hemet Nesingwary

is a special case. He was at one point slated to be the Hunter Hero in Rexxar’s place, because, well, he is World of Warcraft’s most famous hunter.

Nesingwary can be found in whatever area where wildlife proliferates, ready to task the players with the indiscriminate killing of a large volume of said wildlife. His safari group has toured all the continents of Azeroth and traveled deep into different worlds. He is also a prolific writer, being a bit of a parody of Hemingway. 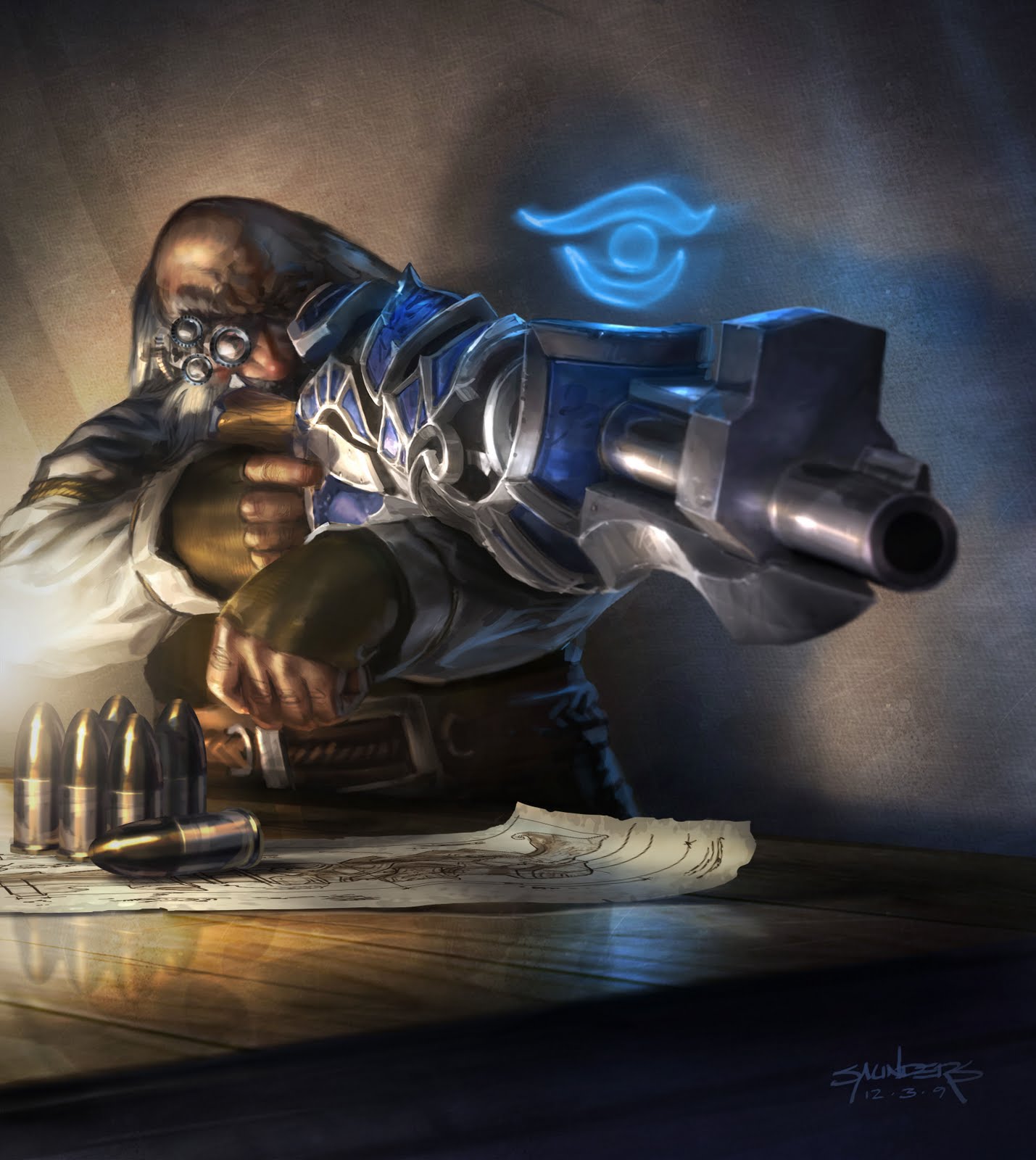 In the end, Blizzard decided to make him a card instead, because, well, he doesn’t much care to work with beasts, preferring to make them into carpets. Perhaps this makes him into a more realistic kind of hunter, but not by Warcraft standards.

So this concludes our brief foray into the Lore of the Hunter Hero.

As always, I’m interested to hear from you in the comments about where to go next in the lore series. Would you like to see a greater emphasis on locations, or perhaps neutral cards? Let me know in the comments!