Hello and welcome to yet another Flavor Text and Lore article. Stay a while… And read about the story and lore behind some of Hearthstone’s board battlefields.

So now it’s time for round two of our battlefield exploration, before the next expansion comes along and brings a new board with it.

As you may recall, in the last installment of this series I talked about the capital cities of Stormwind and Orgrimmar, while Naxxramas, Blackrock Mountain and the League of Explorers got entire articles devoted to their storylines and not only their boards.

Now it’s time to delve into the history behind the remaining Classic boards, as well as the ones from the expansions.

Across its multitude of continents and parallel dimensions, World of Warcraft has its share of tropical locations, but Stranglethorn Vale was the original one.

During the Cataclysm, Stranglethorn was divided into two halves, Northern and Southern,  but originally it was a single mega-area, easily the largest in classic World of Warcraft, and even more, the port city at the southern edge was the preferred way for Alliance players to travel to Horde territory in the western continent of Kalimdor for PvP (Player Versus Player) assaults, meaning that the area was usually populated by high level characters as well as the ones leveling up.

This made it famous as a gauntlet on PvP servers. A maximum level character could easily destroy a character questing in Stranglethorn, and so the lower level players often found themselves laying low and traveling off the beaten path so as to draw as little attention as possible. 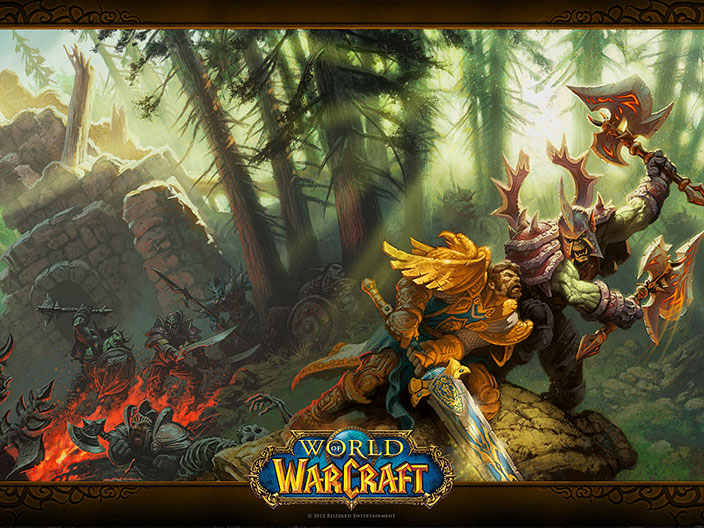 This is also the region that introduced players to Hemet Nesingwary

, who tasked them to hunt several dozens of wildlife and some very nasty boss-like beasts. As a bonus, players could find pages from his unfinished novel “The Green Hills of Stranglethorn” on enemies all over the Vale, pages that once gathered could be given back to Hemet for a hefty reward.

It’s quite likely that the famed explorer is the one sleeping in the hearthstone board’s tent.

The Wonders of Pandaria

Pandaria was somewhat of a legend for a long time. 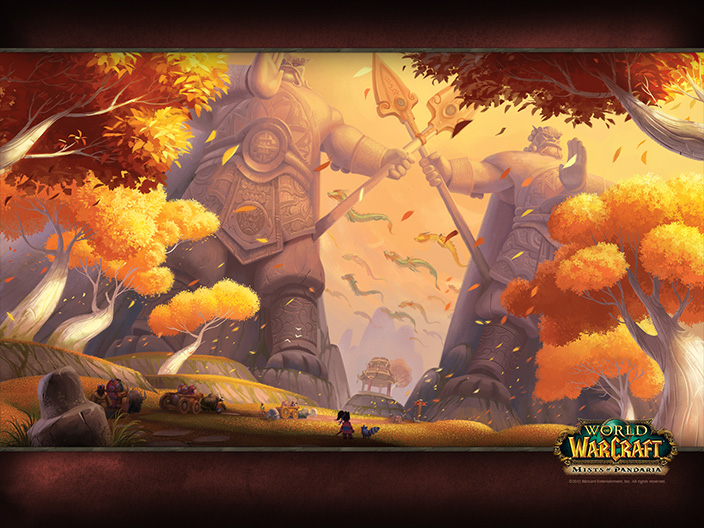 It was originally hinted at in the downloadable expansion / content patch for Warcraft III, where the Hunter Hero Rexxar was joined by a Pandaren Brewmaster during his service to Orgrimmar ( his adventures are told in the Hunter’s Flavor Text and Lore article ). The Pandaren, effectively a half-man, half-panda humanoid race, were absent from all known land masses at time, and their origin was shrouded in mystery.

This mystery dates back to the War of the Ancients described in the Druid’s Flavor Text and Lore article. 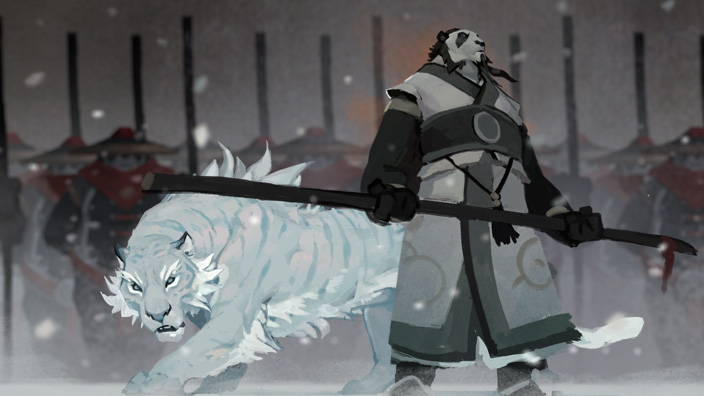 At that time, Pandaria was a landmass (possibly already an island-continent) to the south of the mega-continent of Kalimdor. Upon his ascension to the Imperial Throne, the last Pandaren emperor, named Shaohao, undertook a ritual that showed him the terrors to come when the Burning Legion invaded through the Night Elves’ Well of Eternity.

Fearing for his people, he went on a journey of self-discovering, and, upon mastering his passions and attaining enlightenment, sacrificed his earthly self to shroud his homeland with a magic mist that would make it invisible to the outside world. 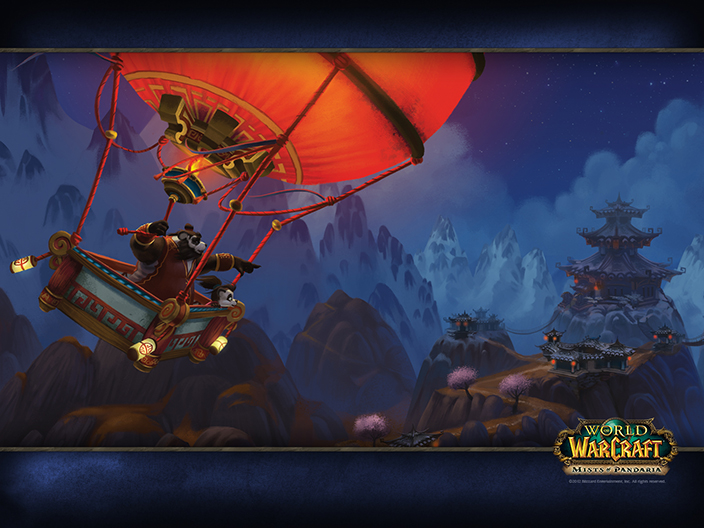 Only a handful of explorers would ever leave the island during the following ten thousand years – up until the Cataclysm. Deathwing’s return from the elemental plane was so earth-shattering that Shaohao’s enchantment began to slowly fade away, until eventually, Pandaria was found during a naval skirmish between the Horde and the Alliance.

While Pandaria suffered terribly under the conquering march of the Warrior Hero Garrosh Hellscream, eventually the Priest Hero Anduin’s diplomatic efforts earned the thrust of the native Pandaren and drove them to forge alliances with both Vol'jin

‘s Alliance, in order to drive back and eventually imprison the power-mad warlord. 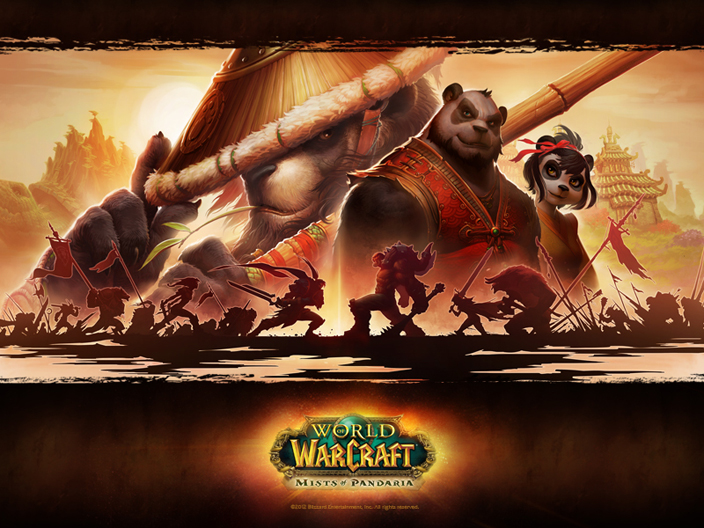 Pandaria is a land of peace and beauty, the Pandaren valuing good food, good drink, and family most of all. They worship nature and love the land, though they can be the fiercest of fighters when their way of life is threatened.

The hearthstone board reflects all of this, but an especially interesting reference is the farm at the bottom right corner, a direct reference to the farm players were encouraged to participate in and maintain during the Mists of Pandaria World of Warcraft expansion, where they could grow fruit and vegetables to use in cooking recipes that would then grant them valuable stat boosts.

Saying that there is a war between engineers might be a bit exaggerated. There is, nonetheless, a deep and ancient rivalry between the two main schools of Engineering, so much so that at one point in classic World of Warcraft, upon reading a certain level of mastery in engineering, a player had to opt to follow one or the other, being then locked out from learning certain crafts. 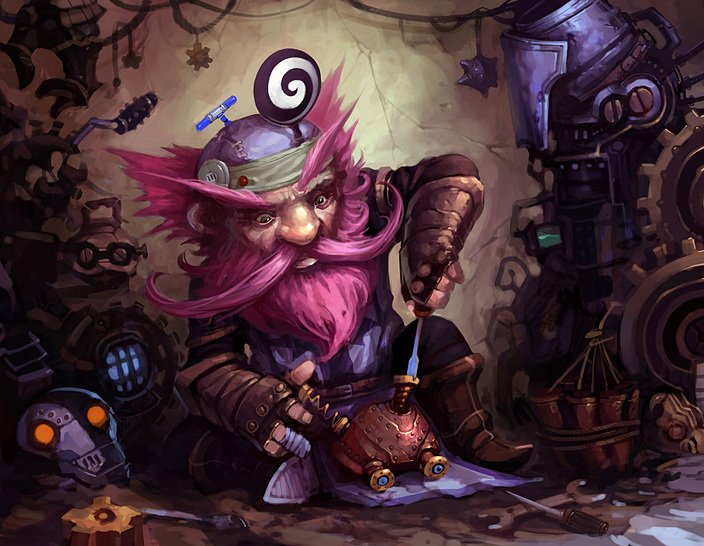 The Gnome School of engineering focuses on more theoretical, experimental tinkering practices. Common examples are the Gnomish World Enlarger ( it shrinks people) and the Gnomish Mind Control (it doesn’t always work). They also have a tendency to turn people into chickens.

Meanwhile, the Goblin School sees the intrinsic value in discovering ever faster and more efficient ways of making stuff blow up. Even when not specifically design to blow up, Goblins believe, a system can only benefit from the addition of copious amounts of volatile materials. Rocket Boots (parachute highly recommended) or the Big Bang Grenade (…) are classic products of Goblin ingenuity. 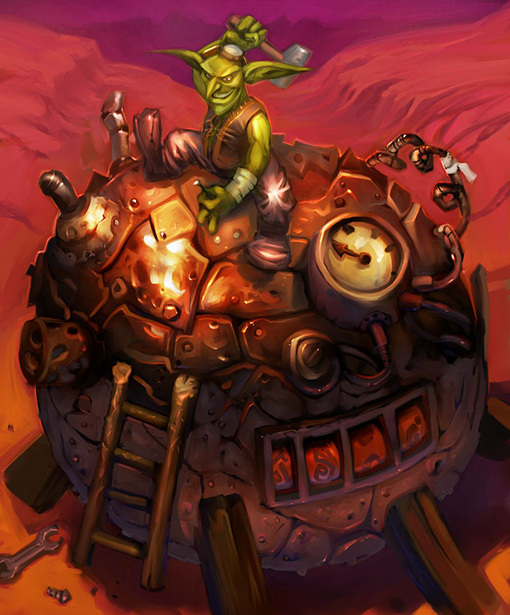 Unlike the previous boards, there is not really a story behind the Goblins VS Gnomes board. It is themed after the usual looks of Goblin and Gnome workshops, a symbol of their long-time rivalry.

Once upon a time, the Lich King Ner’zhul, in a bid to free himself from the influence of his Burning Legion masters, decided to fuse his consciousness with that of his most powerful servant, the Death Knight Arthas Menethil, former prince of Lordaeron. 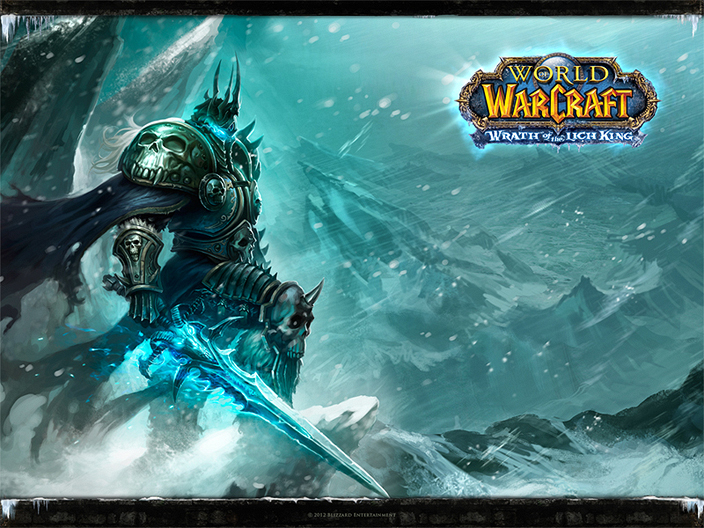 But in the end, it was the corrupted Arthas that became the dominant personality, and after gathering his strength and forces, launched an assault on the lands of Azeroth. The people of Azeroth struck back, invading the icy lands of Northrend, intending to end the Lich King once and for all.

But at the seat of his power, the Lich King Arthas proved an insurmountable foe in common warfare. There was no use in throwing huge armies against his forces, for any soldiers killed by the Lich King’s forces would then rise again to fight by his side. The numbers of the living were ever decreasing, while the undead were steadily increasing. 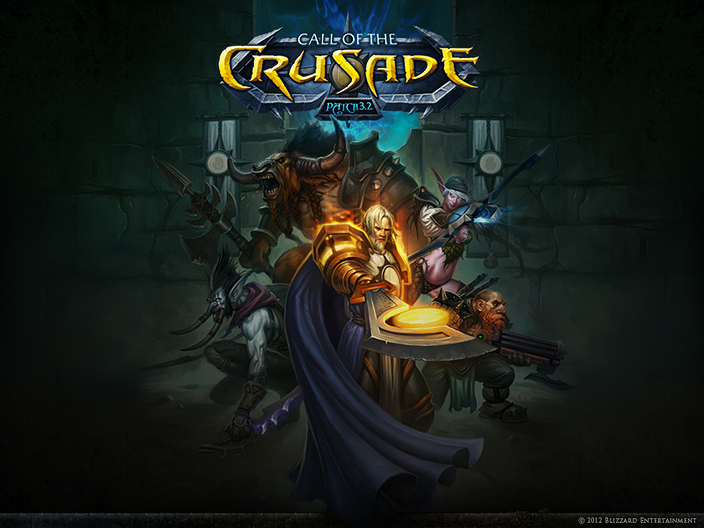 , who led the war effort, realized this and came up with a plan: to assemble a strike team, the finest group of warriors ever known, to infiltrate the Lich King’s citadel and face the master of Northrend at the only place where he was vulnerable – the source of his power, the Frozen Throne.

But how would Tirion find the greatest warriors in Azeroth? His solution was to hold a tournament, a gauntlet that would weed out the wheat from the chaff and help him find his champions. 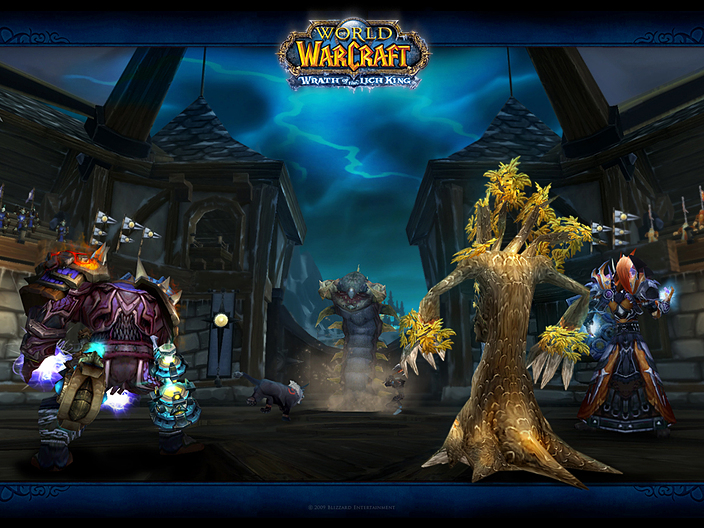 Thus, the Argent Tournament was born.

Even though the Lich King has long been defeated in World of Warcraft’s main storyline, players can still go to Northrend and experience the unchanged tournament – it’s one of those areas that is “frozen in time”.

But hearthstone took a step to further the story along, moving it into the present time, post-Lich King. Now, the Argent Tournament is rechristened The Grand Tournament, and kept as a tradition, a recreational event where heroes from all over Azeroth can spar for fun and profit. 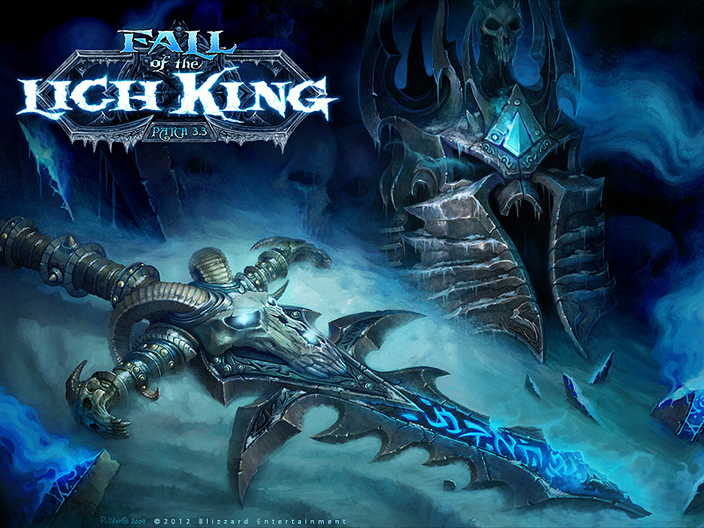 The Grand Tournament board, then, is simply an adaptation of the Tournament Grounds that anyone can visit by fling to the far north of the Icecrown area in the continent of Northrend. 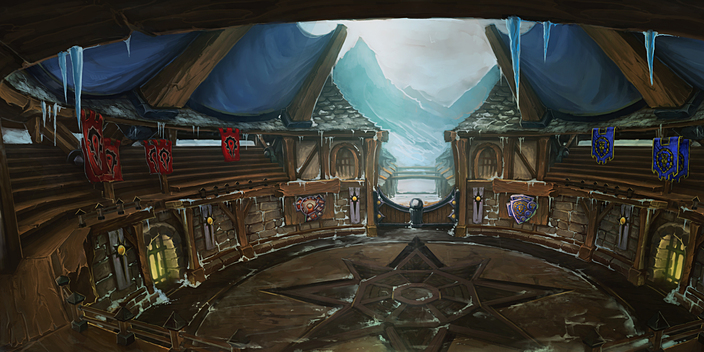 So this was it for the lore relating to the hearthstone Boards. Which one is your favorite? Have you visited the areas that inspired them? Let me know in the comments below!