Notably, there are no Overload cards in this deck. Overload cards generally have reduced mana costs, allowing you to play stronger creatures earlier -- in exchange for a temporary reduction in the amount of mana you have available to use. As you can imagine, Overload cards involve a high level of risk. Instead, this basic shaman deck focuses on other major parts of the shaman -- totems and Windfury.

Totems? Windfury? Slow down with the new concepts!

A minion with Windfury is capable of acting twice in one turn. This does not make them immune to the damage they would normally take. Minions who natively have Windfury often have low attack or low health to compensate for this.

Minions are preferred slightly over spells in this deck. Don't let that fool you into thinking the shaman's spells aren't powerful, though -- every single one has the potential to provide excellent value when played.

The goal of this deck is to overwhelm your opponent with a flood of totems and fast minion cards. Its basic-only limitation means that there is no option for mass removal, so your best bet is to favor a control playstyle, preventing your opponent from building up their side of the board.

To that end, a number of cards in this deck focus on buffing groups of minions, meaning that surprise victories through burst damage are always just around the corner when using this basic shaman deck.

The heavy focus on buffing minions means that Raid Leader has a place in this deck. It adds +1 Attack to your other minions, but its middling 2/2 stats for 3 mana mean that it definitely shouldn't be dropped onto the board alone. All but one of the totems in Totemic Call have 0 attack, so using Raid Leader is a great way to punish players who don't go after your totems. 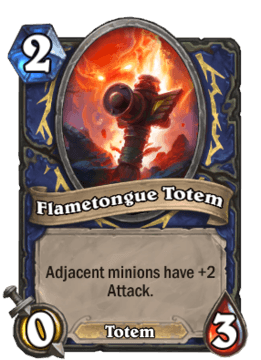 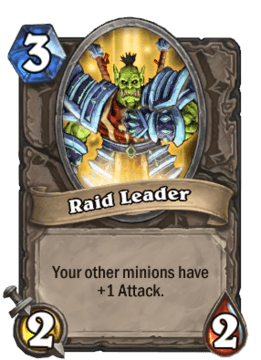 Windspeaker is a fantastic card that gives you a 3/3 creature and bestows Windfury on another minion as its battlecry. Pairing it with a powered-up Frostwolf Warlord or other beefy card will allow you to make big, bold moves. Ideally, a minion with Windfury should focus on attacking the enemy hero directly, so that it does not receive any damage in return. When facing another shaman, it's also a great idea to use a Windfury minion to quickly shut down their totems. The basic shaman deck lacks a method of mass removal due to basic-only limitations, so this is an important option to keep in mind.

In terms of minions, the star of the deck is the Fire Elemental. Its beefy stats put it out of range of both Flamestrike and Big Game Hunter, and there are few easy answers to its presence. What elevates it from good to great is its excellent battlecry -- 3 damage is enough to wipe out plenty of minions, and place many more in range of favorable trades with your own. 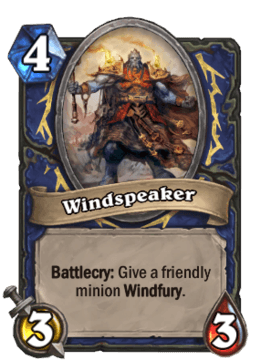 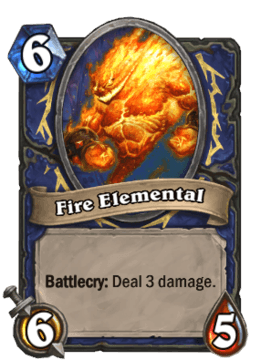 Many basic decks struggle in the face of Legendary minions or difficult-to-remove cards like Sludge Belcher. Shaman is one of the few that has a resounding answer to them: Hex. Like the mage's Polymorph, this spell immediately transforms a minion into something else -- in this case, and 0/1 frog with Taunt. It's not ideal, as you'll need to expend and extra attack to deal with the frog, but this deck gives you several tools for doing so: you could play a minion with charge, give a minion Windfury through a spell, or expend a use of the Rockbiter Weapon, allowing you to attack the frog and let a buffed minion use its +3 attack bonus optimally. 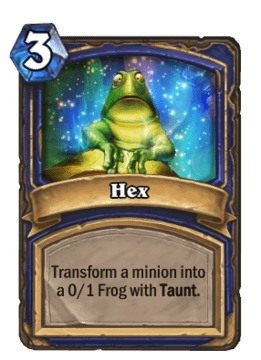 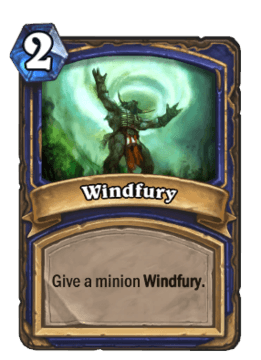 In-keeping with the theme of burst damage, drawing and effectively playing Bloodlust is one of the win conditions of this deck. At 5 mana, it can be played mid-game, but should be saved until it can be combined with Raid Leader, adding +4 attack to your minions for a single turn. This is a game-changing difference with only a handful of minions on the board, allowing you to burst through powerful minions or bring down your enemy's health significantly. Any minion with Windfury will be able to attack twice, making it possible to deal upwards of 30 damage in a single turn -- if you're lucky! 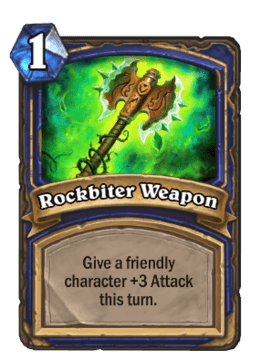 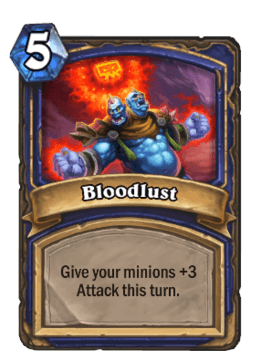 Luckily, there's already a comprehensive guide on GameSkinny about this very subject. If you're wondering about which TGT shaman cards are worth your time, the answer is: most of them! Additionally, The Grand Tournament has given rise to a new type of popular shaman deck: the totem shaman -- with an awesome alternate decklist in the comments of that guide.

Two things touched on earlier in this guide were what this deck lacks or omits: mass removal and Overload. Lightning Storm is the shaman's answer to removal, sitting somewhere between the paladin's Consecration and the mage's beloved Flamestrike. As it is both powerful and inexpensive, it is a card that comes with Overload. Fireguard Destroyer is another fantastic shaman card with Overload, whose ultimate power is left up to chance. Consider playing an Unbound Elemental on the turn before using either, so that it can immediately begin attacking once buffed. Lava Shock is a damage-dealing card that will free up all of your overloaded mana crystals, allowing you to neutralize their disadvantage and remain on the offensive. 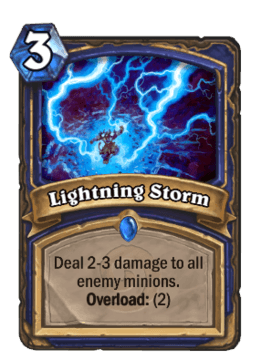 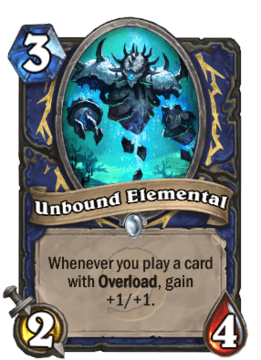 The shaman's use of totems and potential for both sudden and spectacular victories make it an extremely fun class to play. Strong cards from The Grand Tournament mean that there are more options for decks and combinations than ever, meaning that it's an excellent time to give this criminally under-utilized class a whirl in constructed play!