Included with the purchase of the bundle is the Grand Tournament card back. 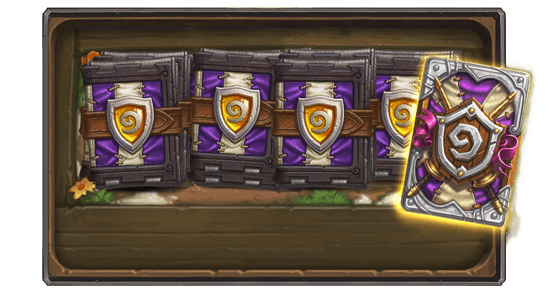 Card packs purchased via the pre-purchase bundle will not be available in-game until the release of the expansion, however, the card back will be useable from the moment of purchase. Be advised that players may only purchase one bundle per account.

hearthstone's second major expansion, The Grand Tournament, was announced on July 22nd, 2015. It is due to be released sometime in August - current speculation seems to favor either August 12th or August 18th for the release date. This Argent Tournament-themed expansion includes 132 new cards, a new mechanic (Hero Power upgrades), a new keyword (Inspire), and a new game board.

hearthstone: Heroes of Warcraft is a free-to-play game with in-game purchases from Blizzard Entertainment. It is available on PC, Mac, iOS, and Android.